Stella Artois: Known to the world as a wife beaters choice of beer? 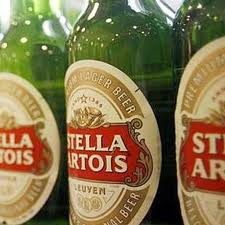 For years, Stella Artois used the slogan ‘reassuringly expensive’, and while it aims to entice the upmarket drinker, Stella Artois is, unfortunately still known to the world as the ‘wife beater’s’ choice brand because of its high alcohol content and popularity with football hooligans.

Recently, Portland Communications, were hired to improve the beer’s online reputation on behalf of its brewer, AB InBev. Operating under the  username Portlander10, the company removed a reference to Stella Artois from the Wikipedia entry ‘Wife beater’, and replaced it with a general reference to beer.

The firm also made an effort to remove mentions of associations with  ‘wife beater’ from Stella’s own Wikipedia page, but failed in their efforts to eliminate the mentions when the site’s users spotted the edit and reversed it.