NV Nightclub: This is how NOT to deal with a PR Disaster… 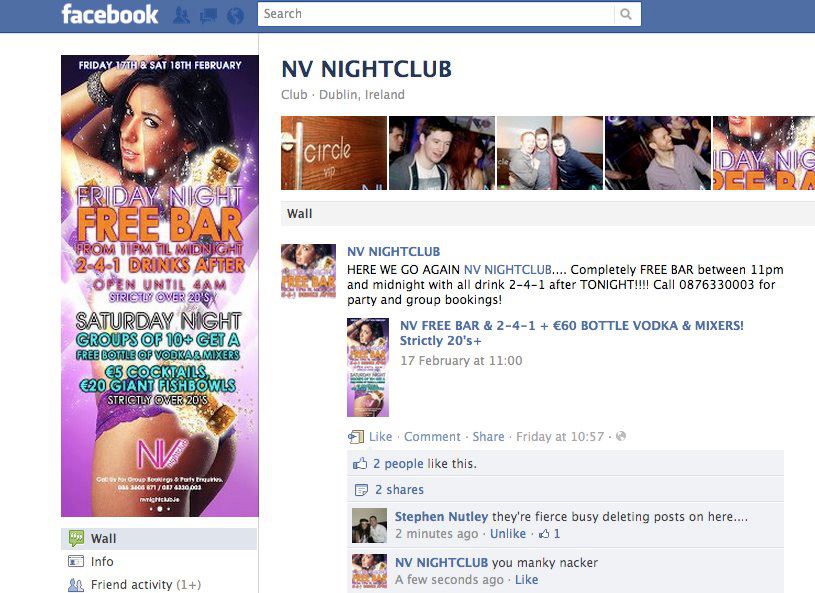 I would HATE to be working for NV Nightclub this week.

A number of customers of the nightclub have complained that NV have not honored their advertising. The profile picture on the NV Facebook promised groups of 10+ a free bottle of Vodka on Saturday night, which apparently was not honored.

The way NV Nightclub have dealt with this mishap is nothing short of deplorable. This situation could, and should, have been dealt with swiftly had it been a simple mistake. 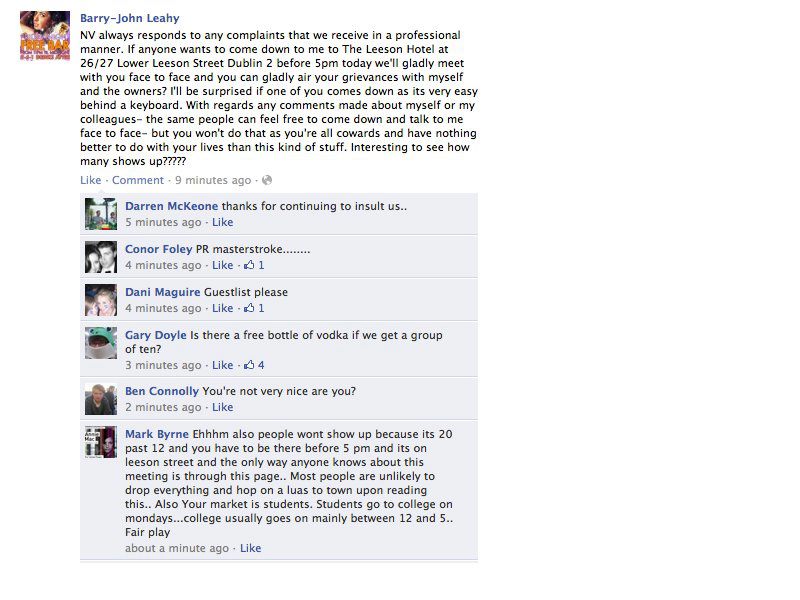 I’m going to say it straight up. This is truly unprofessional.

Insulting your customers is most certainly not the way to rescue your relationship with them.

Some lessons for the team behind NV Nightclub to take from this scandal:

5) Always comment on social media platforms in a professional manner

It will be interesting to see if NV Nightclub continue to comment unprofessionally or do in fact rescue their relationship with their customers.