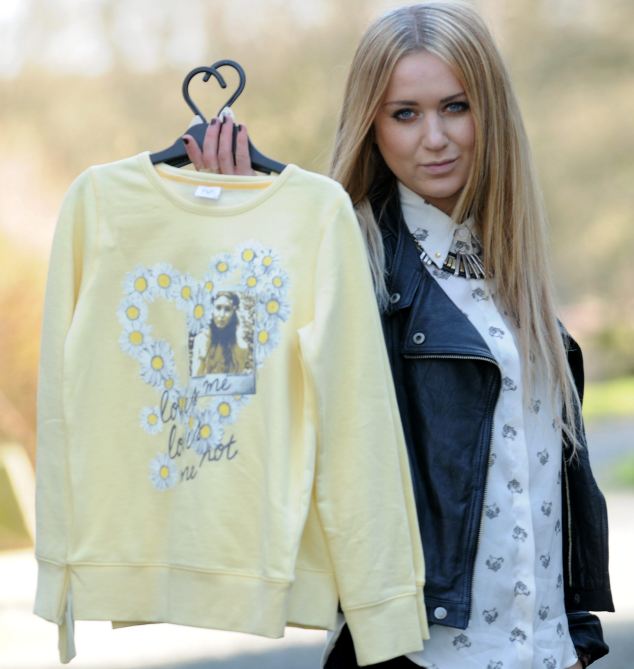 Imagine walking into Tesco and finding your picture emblazoned across a jumper.

This is exactly what happened to Nicola Kirkbride, a 22 year old fashion student in the UK.

She was shocked to discover a photograph of her face had been lifted from her fashion blog and placed on the front of a Tesco girl’s sweater. She is now taking on the supermarket giants because they used her the image without permission and printed it on a sweater which was on sale in hundreds of stores around the country.

Nicola clearly states on her blog that all artwork featured in the site belongs to her unless stated otherwise.She also asks for anyone who would like to use any of the photographs to ask for permission.

A spokeswoman for Tesco said: ‘We are looking into this and we are speaking to Nicola Kirkbride.’

I would have thought that Tesco are sailing very close to the wind using images without permission, and printing them on clothing, which is not exactly easy to hide…

In 2011, Spanish fashion chain Zara were accused of copying photographs and printing them on women’s t-shirts. 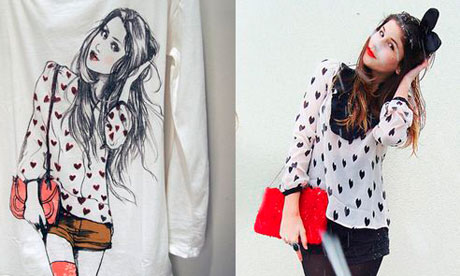 The t-shirt lines were subsequently withdrawn following the allegations. I wonder if Tesco will act in a similar manner?

On a positive note, I think any blogger would give their right arm to get so much publicity.