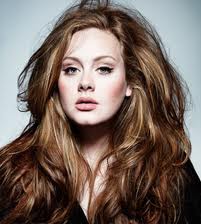 So we all remember THOSE comments Karl Lagerfeld made about Adele in February of this year. It now seems Lagerfeld realises the power of Adele as in addition to a public apology the designer has also sent Adele a a range of the label’s coveted handbags.

According to The Sun, ‘He told his team to send Adele the best the fashion house have to offer after hearing she collected bags. He’s annoyed with himself because he ended up insulting her when he meant to compliment her. He thinks she’s beautiful and calls her divine.’

Lagerfeld’s comments to a french magazine caused uproar with many celebrities including Madonna rising to Adele’s defense.

Adele chose not to comment directly, but told People magazine in an interview at the time, ‘ I represent the majority of women and I’m very proud of that.’

I don’t believe for one minute that Lagerfeld hadn’t orchestrated this entire debacle as a publicity stunt. He recently commented that he hoped and  would really like to work with the star in the future. It wouldn’t surprise me if this stunt results in Adele becoming the next face of Chanel…
Love Niamh x