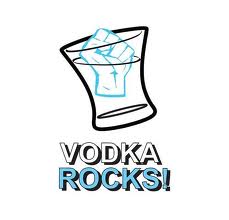 As part of creating a buzz around their latest feature film, Vodka Rocks!, independent, innovative film company Skuflix, decided to challenge New Yorkers and test their views on marketing and consumerism. Vodka Rocks! is a satirical comedy about the hold of consumerism and branding on the American psyche.

They decided to try their own experiment in marketing and branding which saw them take to the streets of New York, offering people a new, revolutionary type of drink, 0% alcohol vodka.

Now, you may see this and think, “what is that?” and that’s exactly what most people that we offered this new product to reacted like. Some laughed and shrugged it off, but you’d be surprised how many people actually bought it. Most said that it was incredibly smooth and you don’t taste the alcohol at all and pregnant women were even happy that they can finally drink with a baby in the belly. Their experiment was a success!

With a little bit of labeling, a fake sales pitch and product name, they were able to make the consumer market think whatever they wanted, even though the consumer were tasting the product!

Skulflix are trying to demonstrate that advertising has such a hold on consumers that the consumer don’t question the legitimacy of any product if there is a label slapped on it. All of the individuals offered the fake product, either loved the taste and completely bought the idea of 0% alcohol vodka, or stated that it was just water, but no one questioned the legitimacy of the company/product/label. They also offered the same exact product, but with bottles that had no labels and people thought it was sketchy and completely refused to try it.

This experiment proves that because of branding, the public are willing to try flavored water (or pretty much anything) by just slapping a label on it.

Check out the video…