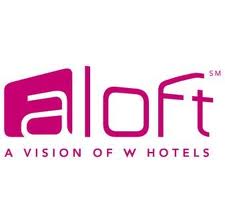 Starwood Hotels’ Aloft chain has opened up what it’s calling an “RFTweet” campaign over the social network, inviting agencies to pitch its business using 140 characters or less. The first question posed reads, “Q1: Many PR agencies can create buzz — how does YOUR agency stand out from all the noise?” That’s the first in a line of questions that Aloft’s official Twitter feed will send out as it solicits responses from agencies over the next three weeks. (Answering each one is not required.)

A handful of agencies have already jumped into the fray and responded to the first question, including well-known agencies like Allison & Partners and Havas PR.

The move by Aloft is an unusual one given marketers typically do their best not to publicize their internal processes for selecting agency partners. But the “RFTweet” is just the latest in a wave of attempts over the past couple of years to restructure the agency-search process.

Paige Francis, VP-marketing for Aloft, Element and Four Points, said the idea to solicit agencies on Twitter was borne out of a desire to learn about up-and-coming and undiscovered shops. Of course, it also creates the potential for a large number of agencies seeking a fresh account to throw their hats in the ring. But Ms. Francis didn’t see that as an issue and noted that being inundated with responses would be a “good problem to have.”

“We really thought Twitter was a great way to cast a net that was a little bit broader and capture some of the creativity up front that would help us sort through all the agencies that are out there,” she said. “We want to find a partner who’s to the point and is attention-getting when making their point.

Before the first hotel opened four years ago, Aloft opened a virtual one on Second Life, so Ms. Francis noted that unusual marketing tactics on digital platforms is in character for the brand.

The review process won’t be conducted totally over the web, however. Following the “RFTweet” process, Aloft’s marketing team will meet a select group of agencies using a more traditional request-for-proposal method. “There’s something to be said for good old-fashioned chemistry even in this digital age,” Ms. Francis said.

An interesting concept and a novel approach to pitching for business…