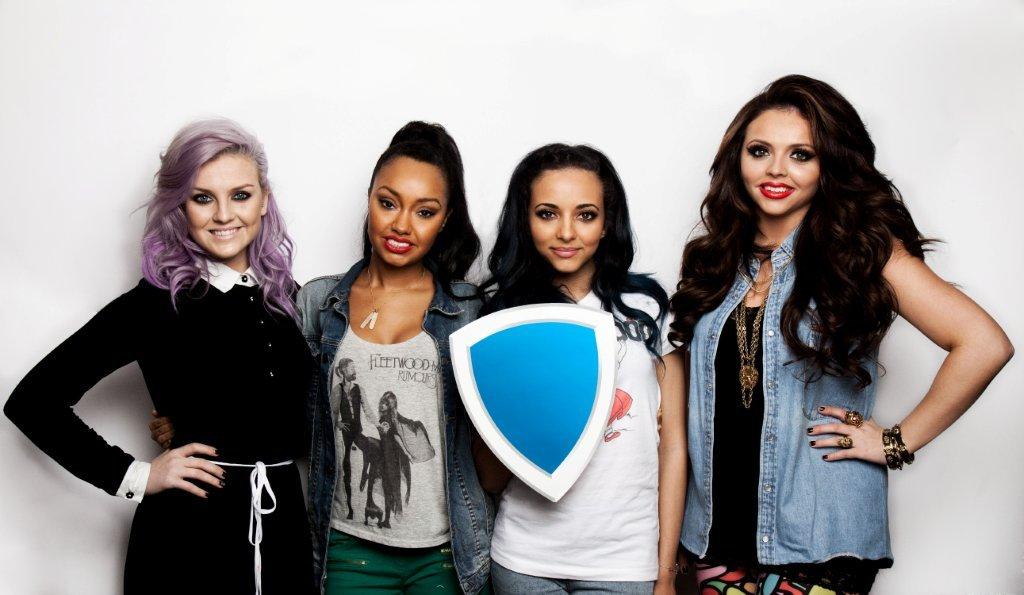 Yesterday, Monday, 4th March at The Westbury Hotel in Dublin, the second ISPCC Shield campaign launched, aiming to heighten awareness on the issue of bullying. The National Children’s Consultation Report “This will come back and bite us in the butt” published in October 2011, which involved a total of 18,116 young people, showed that 1 in 4 young people had experienced or knew someone who had been bullied.

The ISPCC believes that this issue needs to be tackled head on, and wants to build on the momentum of last year when Mark Feehily launched the charity’s bullying awareness campaign and spoke openly about his own experiences of childhood bullying.  Mark was joined in the campaign by other well-known celebrities including Colin Farrell, Saoirse Ronan, Brian O’Driscoll, Westlife, Louis Walsh, Keith Barry, Jedward, Jamie Heaslip, Mrs Brown, Laura Whitmore, The Wanted, Olly Murs and Cher Lloyd who all supported the campaign by being photographed with the ISPCC Shield.  With the campaign this year, even more celebrities have generously given their support to raise awareness and tackle this issue with the addition of Gary Barlow, Emeli Sand, Little Mix and renowned child psychologist David Coleman joining the campaign.

CEO Ashley Balbirnie said at the launch today; “In 2012, Childline received over 2,000 calls every day and far too many of these were in relation to bullying. Children who were afraid, embarrassed, confused and suffering from low self-esteem as a result of bullying. Some young people even blamed themselves for what is happening to them. And others were desperately looking for ways to escape the torment”.

Child psychologist David Coleman said; “This campaign is an important one. We know that since the campaign was launched last March that bullying has rarely been out of the spotlight and continues to have detrimental and often devastating consequences on the lives of children and young people. We all need to tackle this issue– in the home, in the school, in everyday life to try and stamp it out. The effects of bullying can last a lifetime”.

This year’s campaign will once again involve the ISPCC through the month of March selling the iconic blue shield pin. This year the pins will also be sold at 700 till points of Penneys stores nationwide as well as in Elverys, Harvey Norman, at 123 till points in M&S and Sam McCauley Chemists.  The National Day of Action is Friday March 8th. Caroline O’Sullivan Director of Services at ISPCC said today; “Without the dedication of our volunteer force and the support for our retail partners it would be impossible for us to sell our blue shield pins. Every pin sold will help us to combat bullying”.

There are a number of new initiatives for this year’s campaign announced at today’s press conference including:

Shield My School Programme – A self- evaluation tool to combat bullying – the ISPCC aim to offer a positive and proactive response to bullying which will reduce its incidence nationwide. The charity has designed a comprehensive self -evaluation tool to assist schools to understand and reflect on how effective they currently are in tackling bullying.  This will be available to download from www.ispcc.ie   from March 4th. On-going support will be available from our Bullying Co-ordinator for the duration of the year.

Orla Hanahoe, Principal of Scoil Cnoc Mhuire, Killinarden, Tallaght whose school has been part of the pilot scheme for the Shield My School programme said;“We have a responsibility to those children we have in our care to ensure that there is a safe environment for children to learn, socialise and grow. This initiative from the ISPCC will focus and empower schools to make positive change with regards to bullying”.

A new dedicated bullying support service. by texting the word ‘bully’ to 50101, children and young people can access real-time support from 14:00-22:00, Monday to Sunday. By logging on to www.childline.ie they can access the live chat facility. The ISPCC also announced the appointment of a full time Bullying Co-ordinator to support schools, parents and communities in relation to bullying.

We’re Standing up Against Bullying, Are You?