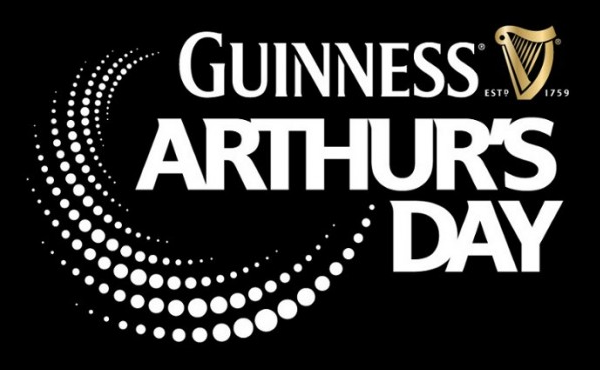 Arthur’s Day was first staged in 2009 to mark the 250th anniversary of the founding of the Guinness brewery by Arthur Guinness which is now an annual event, spreading to more than 40 countries. Some say, Arthur’s Day is one of the best marketing ploys in media and communications history as it has rebranded Guinness as an ‘old mans’ drink to an Irish novelty event which unites community, promoting local and international musical acts. The only negative being that Guinness is an alcoholic beverage and as such the event promotes drinking alcohol worldwide.

“Nobody is required to drink anything on the night,” said Peter O’Brien, the company’s director of corporate affairs who also chairs DIGI, the Drinks Industry Group of Ireland.

The brands own website states ‘So, this Arthur Guinness Day™, come and join the thousands of people around the world who are raising a glass to toast those who make things happen’.

It doesn’t actually specify raise a glass of Guinness.

Singer Christy Moore and the Waterboys are releasing anti-Arthur’s Day songs on Thursday to coincide with the event, which has also been condemned by actor Gabriel Byrne and popular writer Marian Keyes.

According to The Irish Examiner, Christy Moore has described Arthur’s Day, established in 2009, as “Arthur’s alcoholiday” in his protest song. Marian Keyes said Arthur’s Day was a marketing attempt to latch on to Irish identity and pride.  Film director Lenny Abrahamson, actor Donal O’Kelly, and musicians Steve Wall and Declan O’Rourke also condemned the event. Gabriel Byrne said Arthur’s Day was simply a way of encouraging people to get drunk.

However, Diageo said Guinness was showcasing emerging Irish music talent by offering them a stage at over 500 music events.  Diageo has also stated it has implemented a responsible drinking awareness campaign around Arthur’s Day and gave clear advice to pubs creating their own events. In particular, it was encouraging all 500 participating pubs to give our free water and food at the larger ticketed venues.