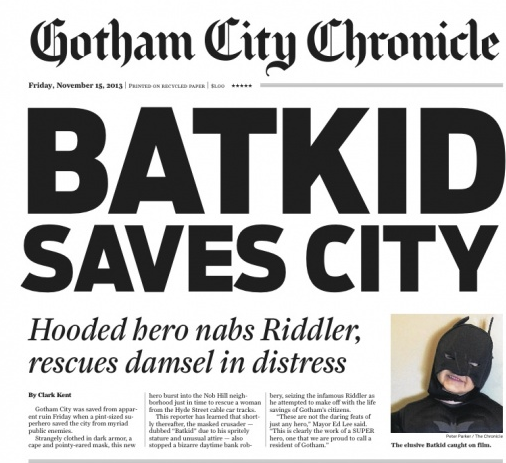 Five year old Miles is battling leukaemia. He is a bright, positive, little boy who finds inspiration in super-heroes. When Make-A-Wish Greater Bay Area (America),  interviewed Miles for a wish, he surprised even his parents: Miles wanted to be Batkid!

On Friday 15 November, Miles got his wish! The day began with a breaking news story. San Francisco’s Police Chief asked if anyone knows the whereabouts of Batkid. The city needs his help to fight crime and capture villains! Batkid, along with adult Batman, were ready to answer the call! 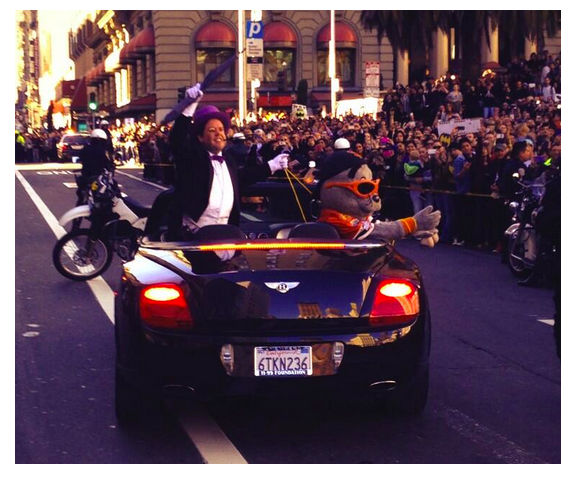 After rescuing a damsel-in-distress from cable-car tracks, then capturing the Riddler in the act of robbing a downtown vault, Batkid enjoyed lunch at the Burger Bar, near Union Square. After lunch, he got a special message from the Police Chief and go to the window where he looked down and saw a huge crowd of volunteers jumping up and down pleading for Batkid’s help. Why? The villainous Penguin had just kidnapped a famous San Francisco mascot (Lou Seal)! The batmobile was on hand in Union Square and the chase was on! 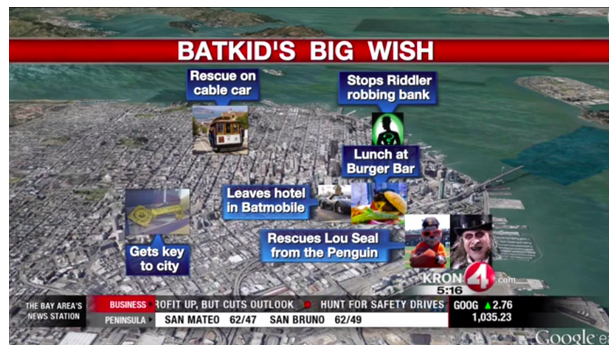 After apprehending the Penguin, Batkid made a final stop at City Hall where the Mayor of San Francisco, Ed Lee, along with the Police Chief, congratulated him on his daring feats of justice and presented him with a key to the city.

The Make-A-Wish Foundation enlisted more than 7,000 volunteers, including local police, city officials, and the news media in what I can only describe as an epic PR stunt and great way to grant a wish to a young boy. 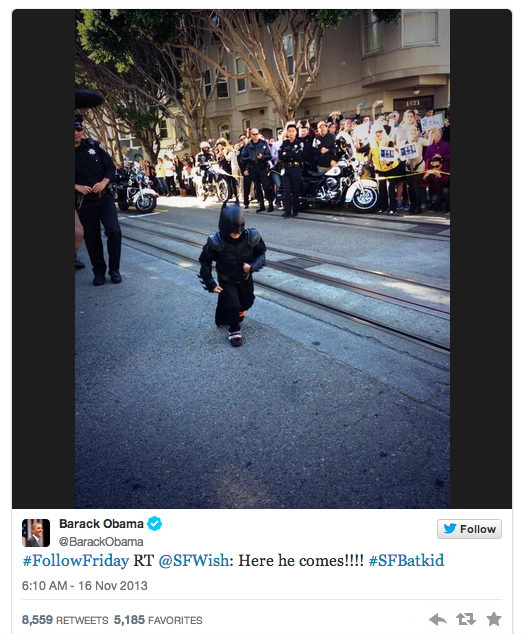 Citizens and friends have come out to cheer him on and many more were following along on Twitter, via the #SFBatKid hashtag and a couple of accounts set up just for the show. 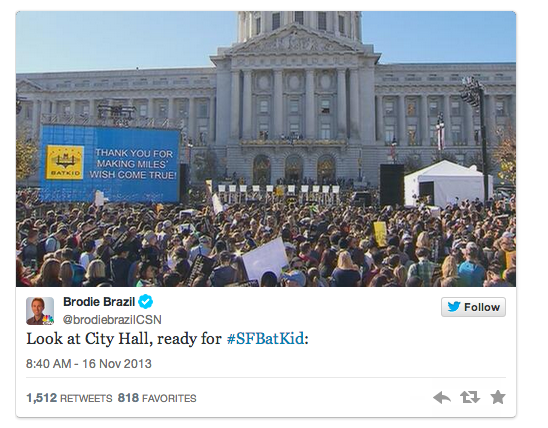