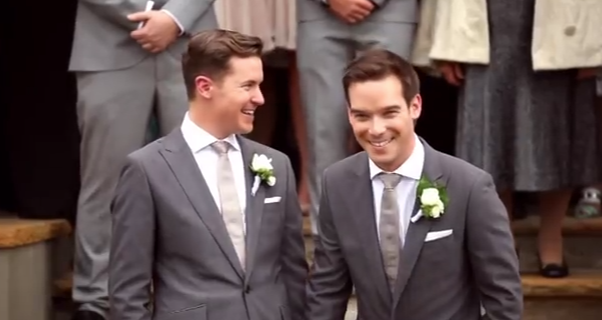 Coca Cola have caused controversy by slightly tailoring their latest ad campaign ‘Reasons to Believe to each country in which it is shown. Why does this cause controversy? Well, in their Irish ad, Coca-Cola have omitted a scene of gay marriage which is airing in many other countries, saying that since gay marriage is not yet legal in Ireland, the scene in question was left out whereas it was left in for audiences in the UK, Norway, and Holland as those countries all allow same-sex marriage. As you would expect, a lot of people are quite upset about this and why Coca Cola have decided to remove this extremely relevant part of the ad. Many have taken to social media sites Facebook and Twitter to express their anger at the multinational corporation… 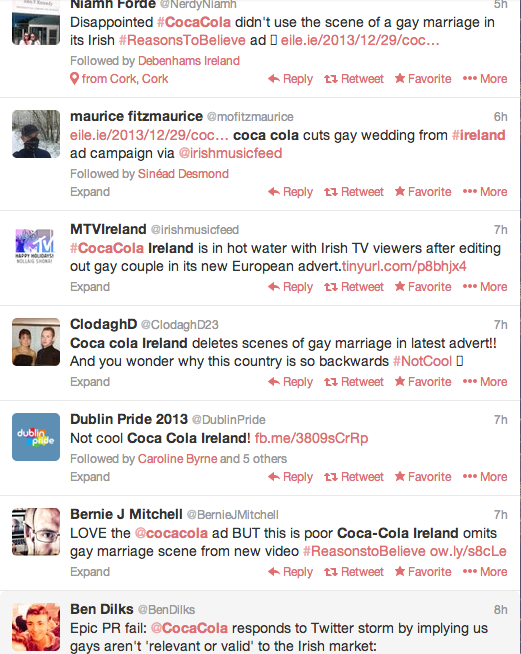 A spokesperson for Coca Cola is quoted in an article on The Journal  as stating:

As you rightly say, the wedding images used in the ad for the UK and in other parts of Europe show two men getting married. The reason that this was changed for Ireland is that while civil partnership for gay people is legal, gay marriage currently is not. This will be the subject of a referendum (2015).

In response to the above statement, Eile Magazine have posted the following:

The article on Eile can be found here.

It will be interesting to see how Coca Cola deal with this one.