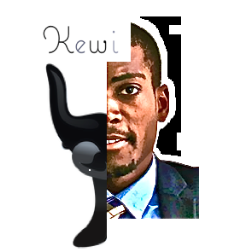 WOW. What a PR stunt!

The male CEO of a brand new lingerie company that is making waves for its revolutionary and high-tech take on bras for larger breasts has announced that he will get breast implants in order to test his invention.

Kewi Bra founder Muyiwa Olumide firmly believes that any inventor should live and breathe his own product and has announced that he will not let genetics stand between further groundbreaking discoveries. He will undergo breast augmentation surgery as a man next month in order to be able to experience exactly what future Kewi Bra wearers go through and tap into even bigger discoveries. His discoveries will be documented on the brand’s new crowd funding campaign which aims to raise $1 million in order to advance the technology it currently utilizes within the bra and fund further manufacturing.

He said, “As they say, a true entrepreneur should be a proud user of their own product. The bra is made but, we have made new discoveries that can make it even better. That means more costly materials and procedures needed, but the most important factor is delivering a phenomenal experience for the user. I set out to create the most comfortable bra for women with larger cup sizes and that means putting myself in their shoes to get to the root of the problems.

“I will document my experiences of getting breast implants as a man and film the process. I will detail all of my discoveries and how they impact the design and push forward our already revolutionary Kewi Bra concept via our crowdfunding project.”

At the time of writing, the crowdfunding project had only received $700.