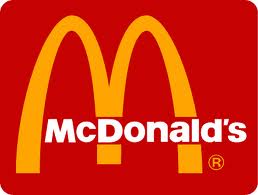 Jumping on the social media bandwagon, McDonald’s last week launched a campaign featuring paid-for tweets, which as we all know appear at the top of search results.

An initial hashtag #MeetTheFarmers, promoted the corporation’s guarantee of fresh produce and concentrated on wholesome stories about farmers.

All was fine and dandy until 2pm last Wednesday when the global chain sent out two tweets with the more general hash-tag #McDStories.
Within minutes the hash-tag took on a life of its own, with twitter users using the opportunity to spread their Mc Donalds horror stories. 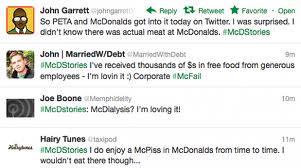 As always social media is so unpredictable but I find it hard to believe the Marketing and PR people behind this campaign did not foresee this.

I guess the saying here goes ‘There’s no such thing as bad press!’