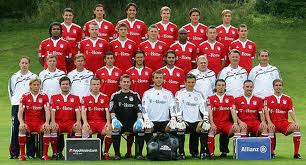 Bayern Munich have been left red faced after fans were left bitterly disappointed following the announcement on the club’s Facebook page of a ‘spectacular transfer’. Sports director Christian Nerlinger had announced on Thursday that a spectacular transfer would be unveiled at a news conference later that day. 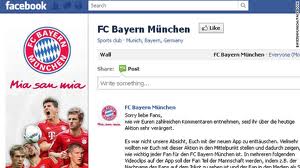 The news conference, streamed exclusively for its Facebook page an hour later, turned out to be a promotion in which Nerlinger said every Bayern fan was the ‘spectacular transfer.

In a statement on Friday the German club said, ‘Based on the many comments we received, there are many Facebook fans of Bayern Munich who were not happy with our action. We are sorry. It was not our intention to disappoint with the new FC Bayern app.’

Having spent a year living in Munich, I can only imagine how this went down with the fans…

Don’t mess with the fans!