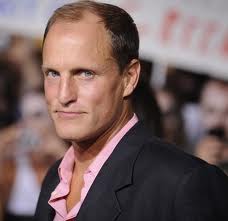 When Woody Harrelson agreed to an interview on social news site Reddit hoping to plug his new movie, he had no idea what he was letting himself in for.

The 50-year-old actor found himself under fire on Friday after an Internet chat with fans via site Reddit went haywire and fans denounced Harrelson’s awkward, bland responses as “crap.”

The star has found himself the object of ridicule on the site after he attempted to treat the ’15 minute Ask Me Anything’ (AMA) session like any other sit-down interview focusing on his upcoming film Rampart, completely ignoring any questions which did not focus on his upcoming movie, which is not what ‘Ask Me Anything’ is all about.

The Reddit community quickly turned on Harrelson, mercilessly ridiculing him until the end of the session when he gave vague answers to any questions which did not revolve around his upcoming movie.

Harrelson began the session saying, ‘It’s happening – I’m answering questions for about 15 minutes. Bring on the questions on Rampart!’ 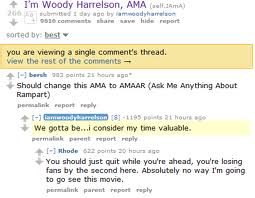 Things quickly turned sour when one user asked if Harrelson remembered taking the virginity of his friend after their high school prom after party over 10 years ago. Harrelson responded with, ‘First of off, its not true, and second off, I don’t want to answer questions about that. Lets focus on the film people.’ Reddit users, who did not appreciate being told what they could ask questions on, reminded the star that the session was called ‘Ask me anything’ and not ‘Ask me anything about Rampart’. 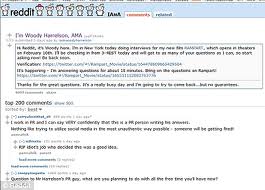 They were further enraged as the actor took few questions, gave vague replies and continued to focus almost exclusively on his film. When asked if acting can take over his life, Harrelson simply replied: ‘I will tell you, it can really take over your life for a while.’

Users responded by asking ‘Who are you?’ and ‘Do you need an adult’ before suggesting that a PR agent was in fact answering the questions rather Harrelson himself. Many users promised to boycott the movie after the  AMA, which can only be described as nothing short of a disaster.

2)Play by their rules