A couple of weeks ago a Reddit user, MrsLeslie posted a note that Rick Harrison, one of the Pawn Star’s (the TV show), penned to a young fan with autism who wrote in.

According to MrsLeslie, the boy’s mom said:

“Little J is a huge fan of ‘Pawn Stars,’ and he talks about the show incessantly. I encouraged him to write them a letter, which he did, and he offered to sell his Gameboy to them for $30. I added a cover letter describing J and his autism — and although I told them that I didn’t expect them to actually buy his Gameboy, I did ask if they could at least reply.”

This is the reply – 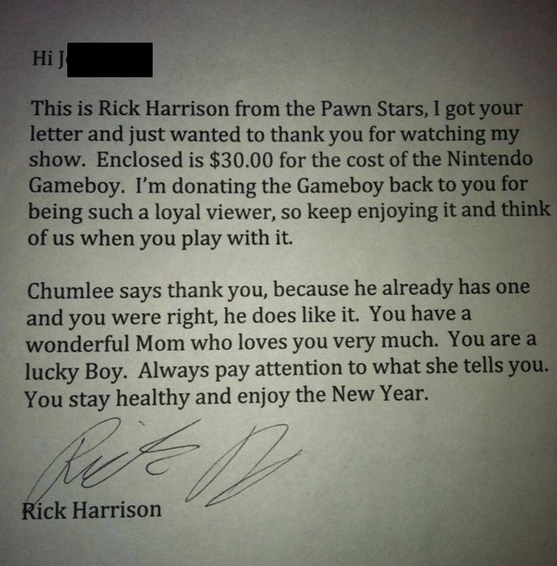